The sound sculptures by the Artist Clarisse Maylunas are the centre piece of the exhibition in Schönbrunn Palace.  Surrounded by the rooms of the different epochs which tell the story of female composers from early Greece to the contemporary musicians on every continent as well as introducing the youngest composer whose opera was performed in the state opera, 13 years of age.

Representing all the female musicians that have been renowned, ignored or forgotten: 107 portraits of female composers have been illustrated by Atelier Zichy and attached on the worlds’ longest stave off about 500m2.

Atelier Zichy signs for the Corporate Design of the Exhibition based on the Logo created by Clarisse Maylunas. The CD included Manuals, for the using in print, online and in videos. As well as the environment design, the collaterals, Posters and Folders, the stationary and the merchandising.

The musicologist Irene Suchy and the stage designer Clarissa Maylunas curated the exhibition that took place in the Orangery of Schönbrunn Palace in the summer of 2018 and became a creative EU project the following fall. Therefor it will travel to the EU partners in Slovenia and Hungary. Planed is further a show in New York and Chicago. Invitations to other international venues to exhibit Musica Femina have arrived as well.

Illustration for the Exhibition “Musica Femina”

Clarisse Maylunas under one of her sound sculptures

Portraits of male composers on the worlds’ longest stave

The target group of the Exhibition are music lovers, professionals and students.  The knowledge about female composers is not very wide spread.  This urged the musicologist Irene Suchy and the stage designer Clarisse Maylunas to bring light in to this topic

The key visual was meant to envision the female artist stepping out from the shadow of their male colleagues into public perception. To emphasize this Irene Suchy and Aleka Zichy created the claim “from shadow into light”

The media and the general public reaction were very positive and Musica Femina will be travelling.  For this purpose, the design is adaptable in every venue as less abundant show. 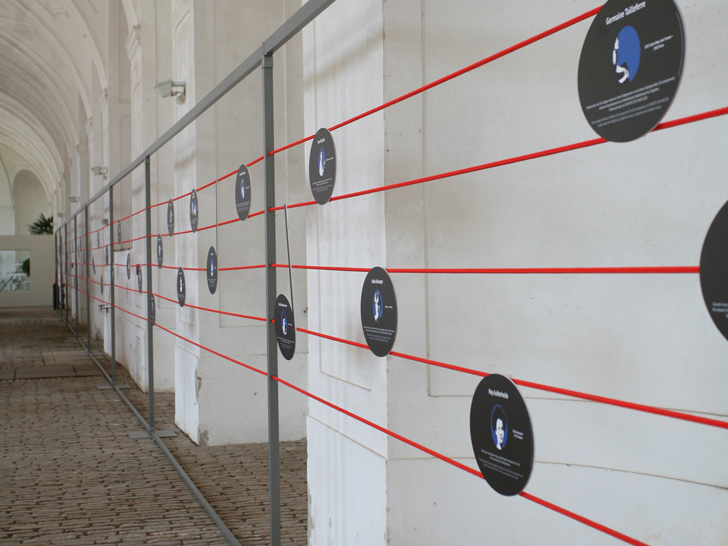 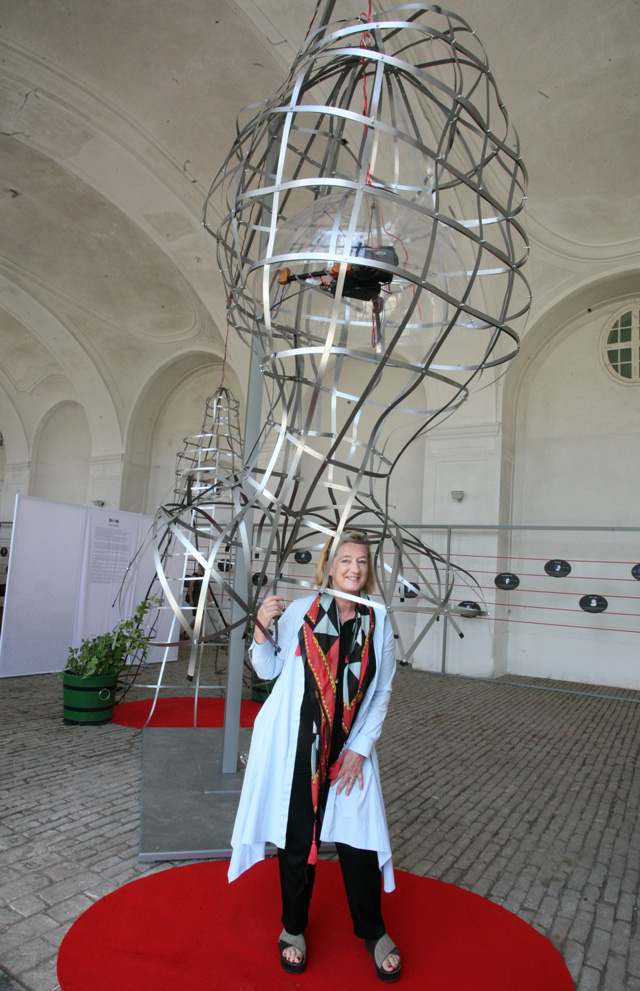 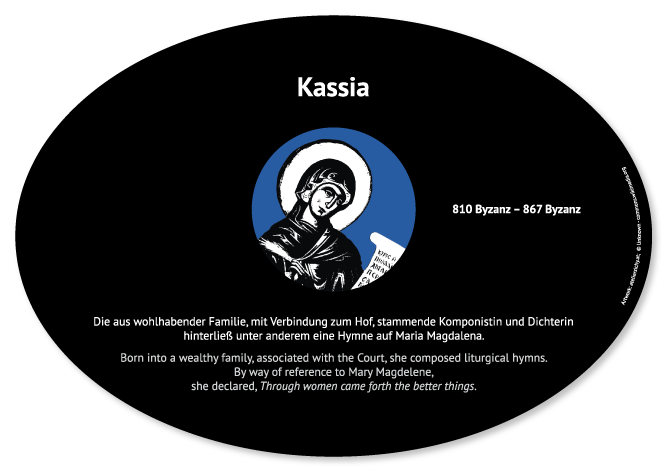 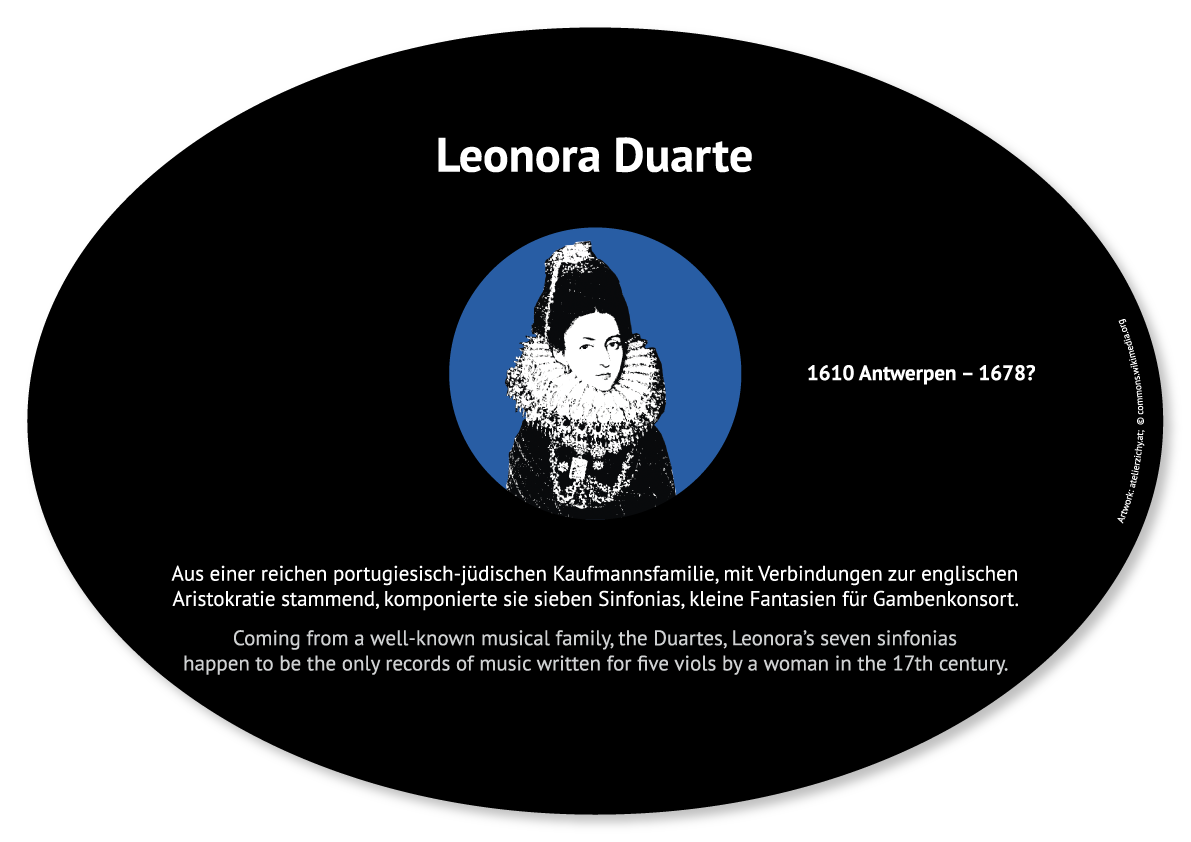 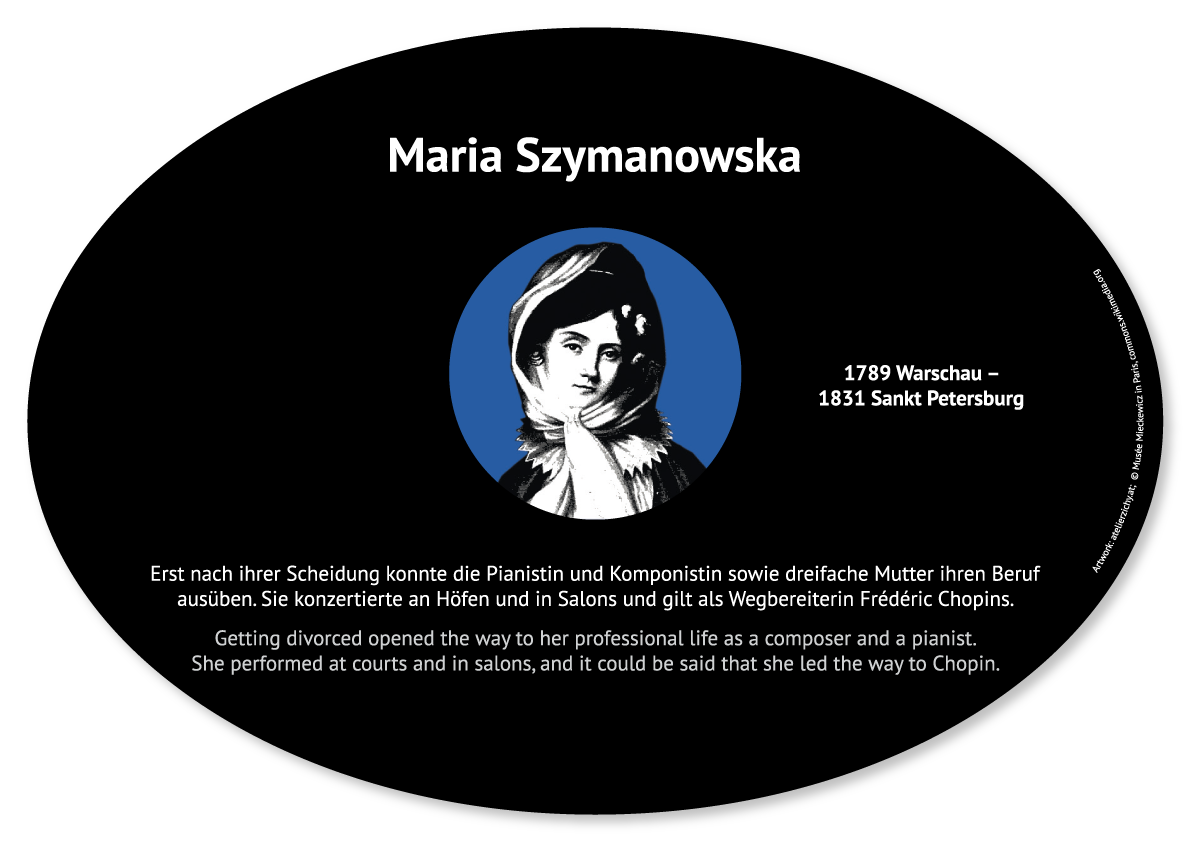 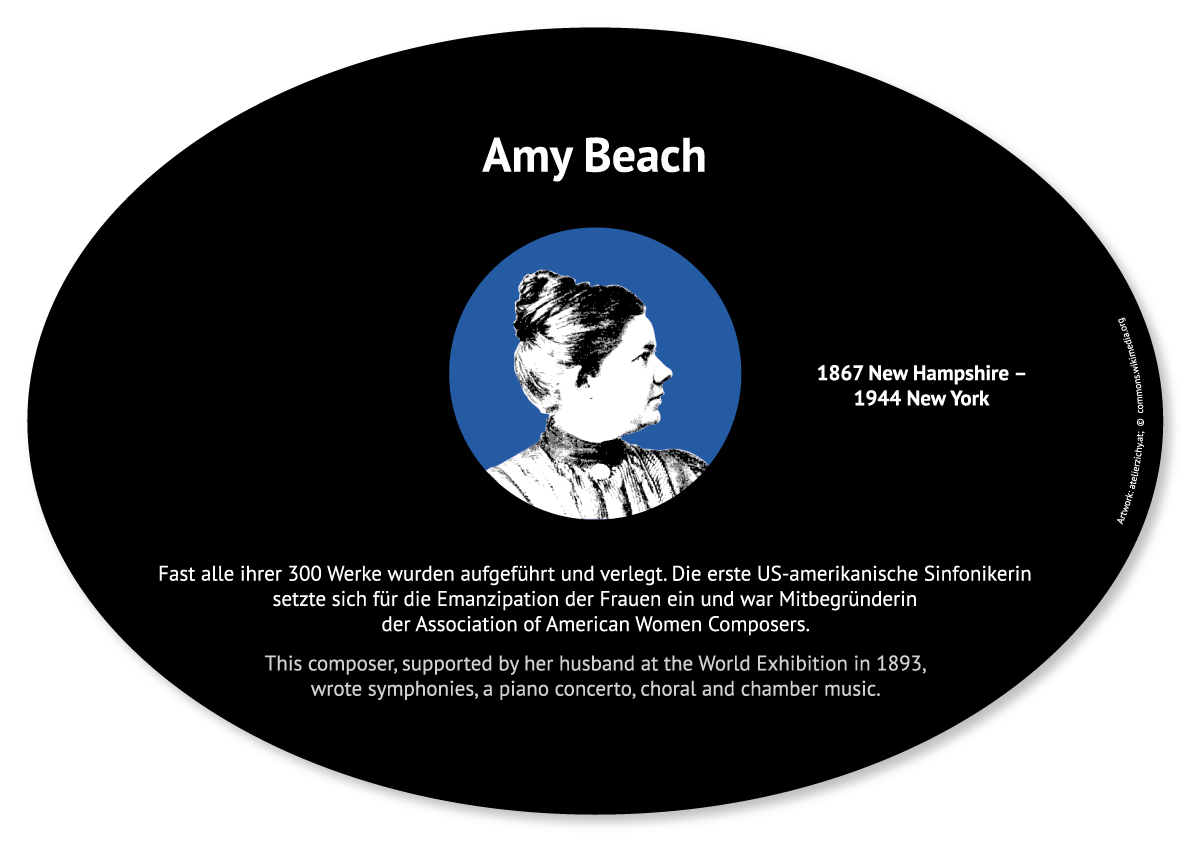 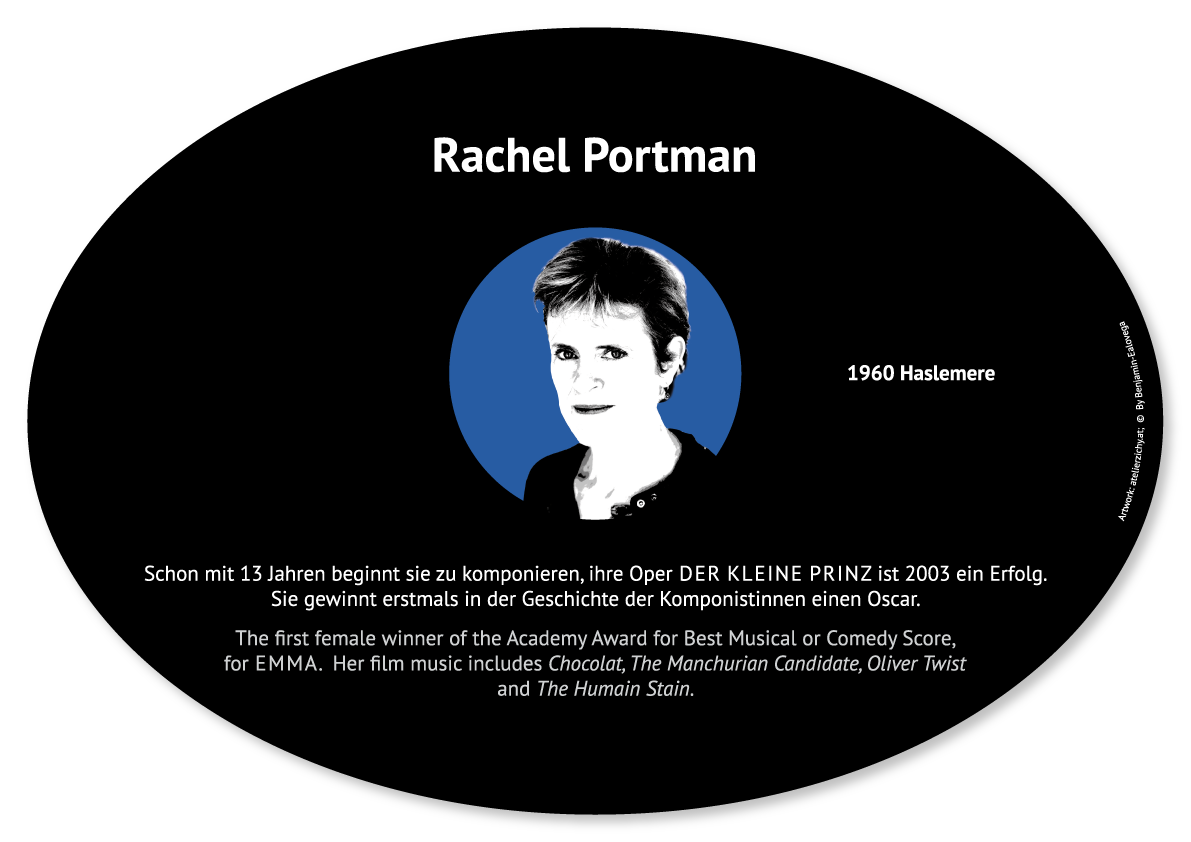 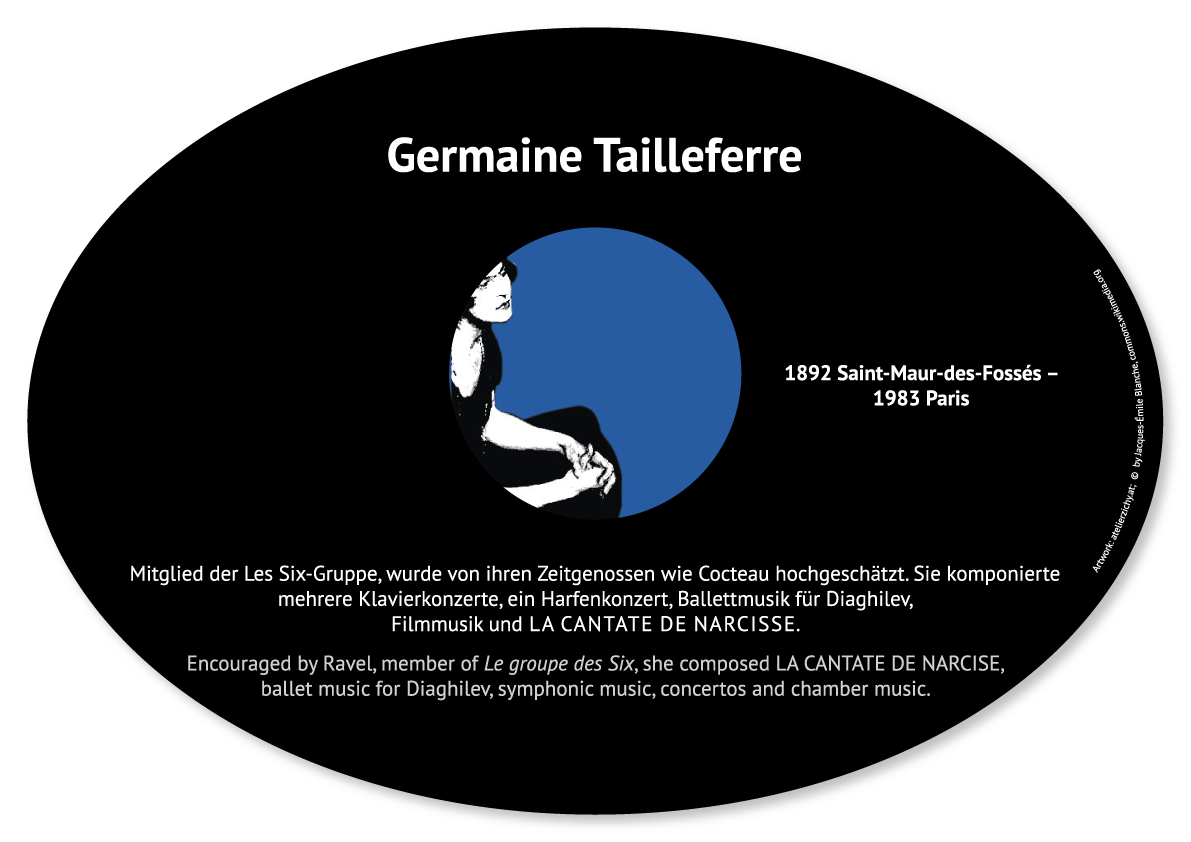 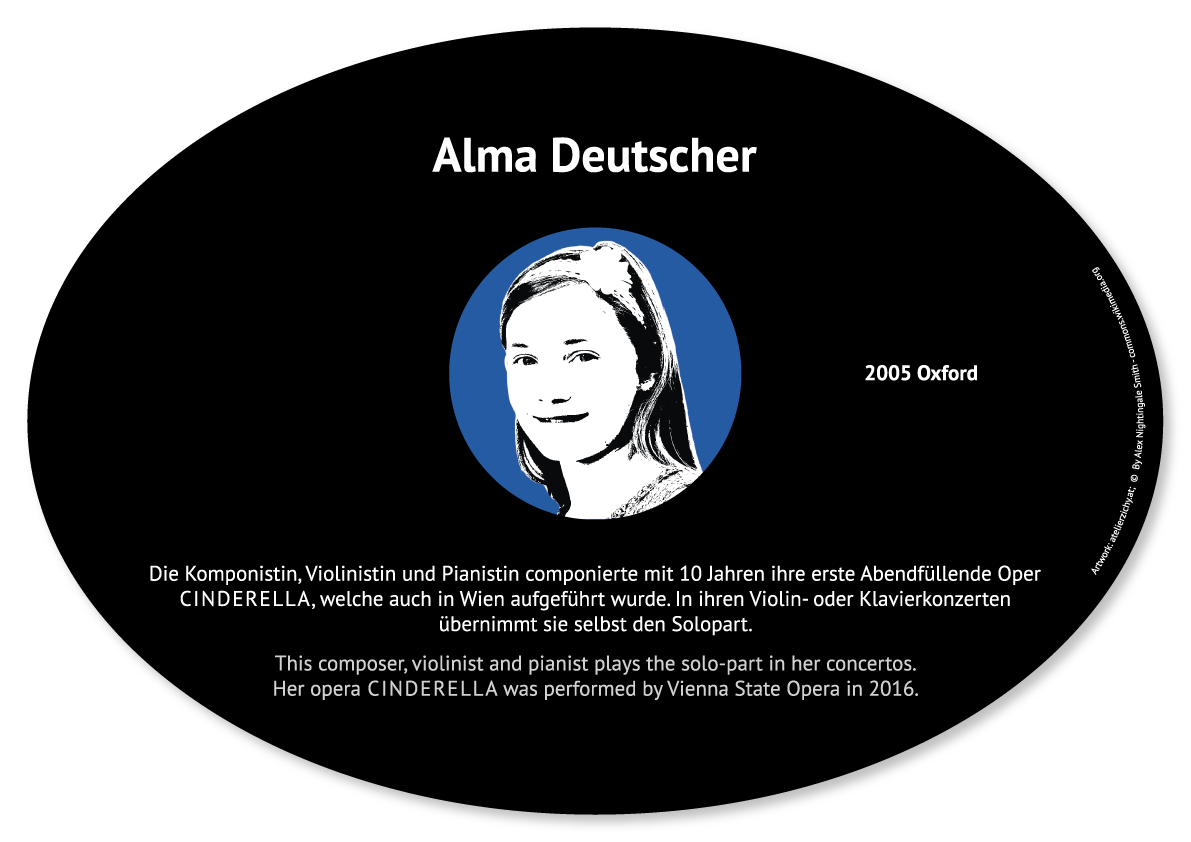 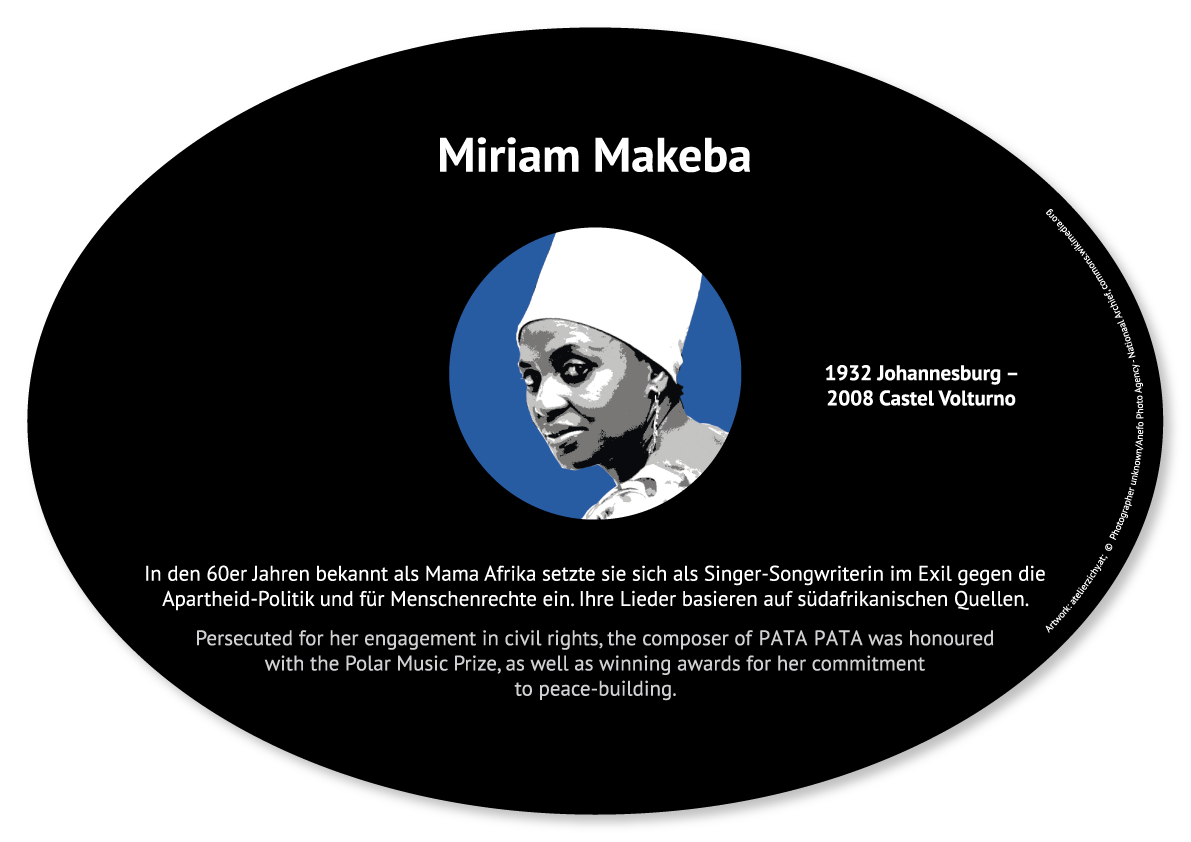 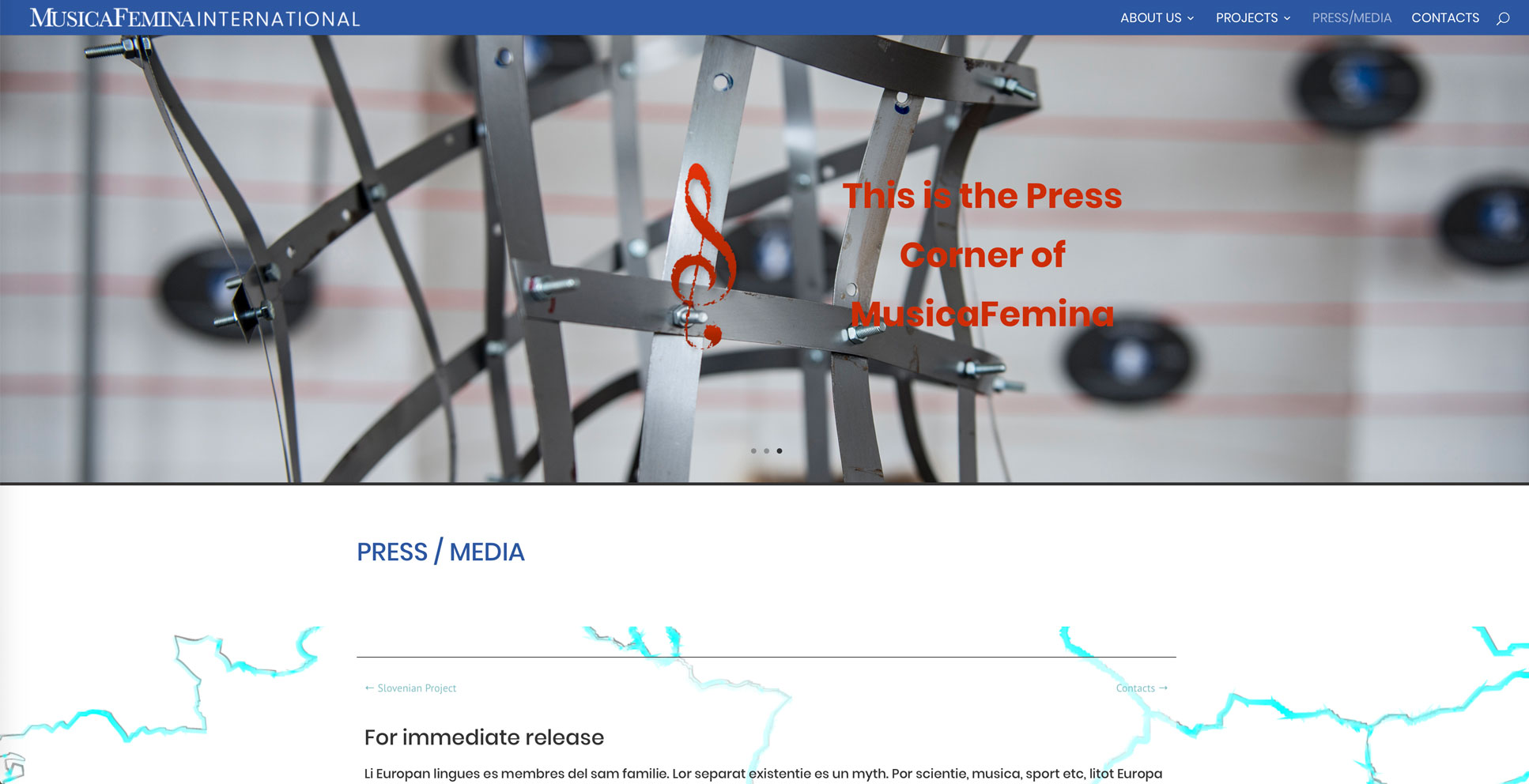 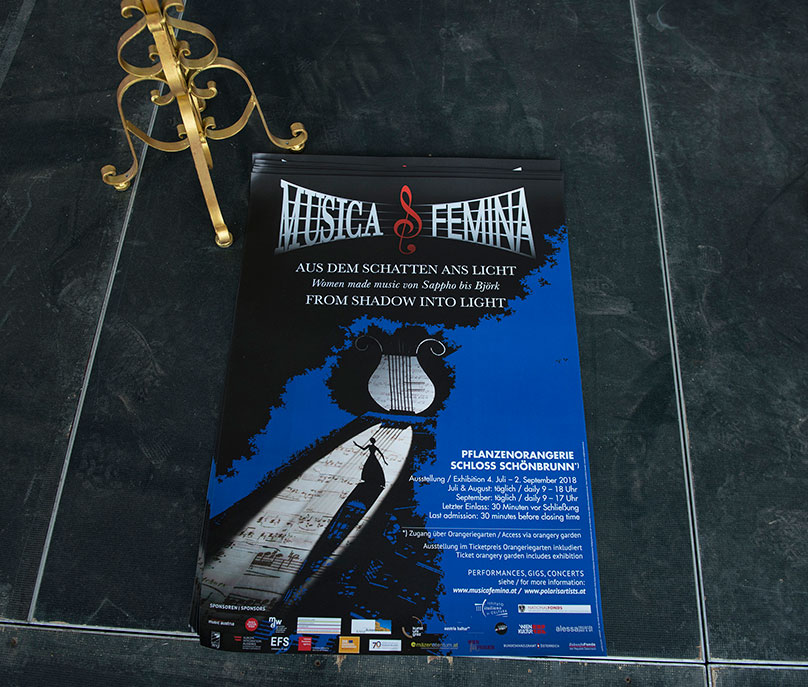 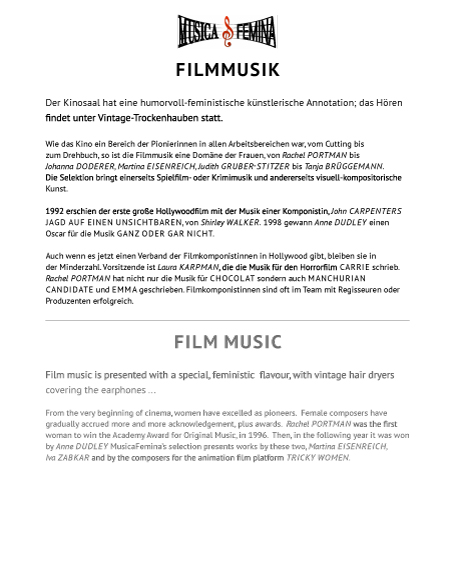 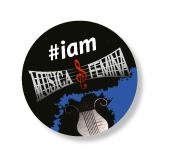 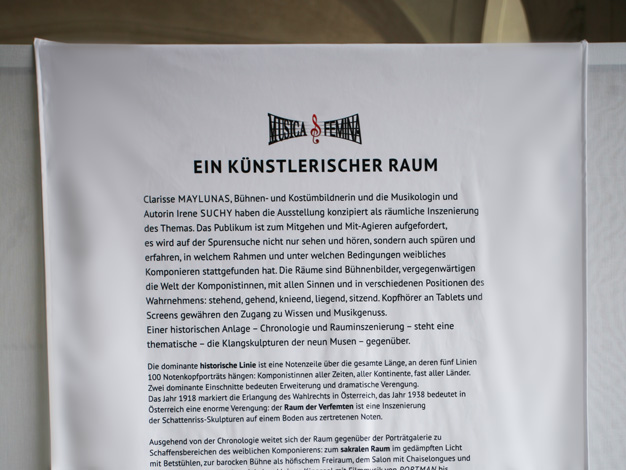 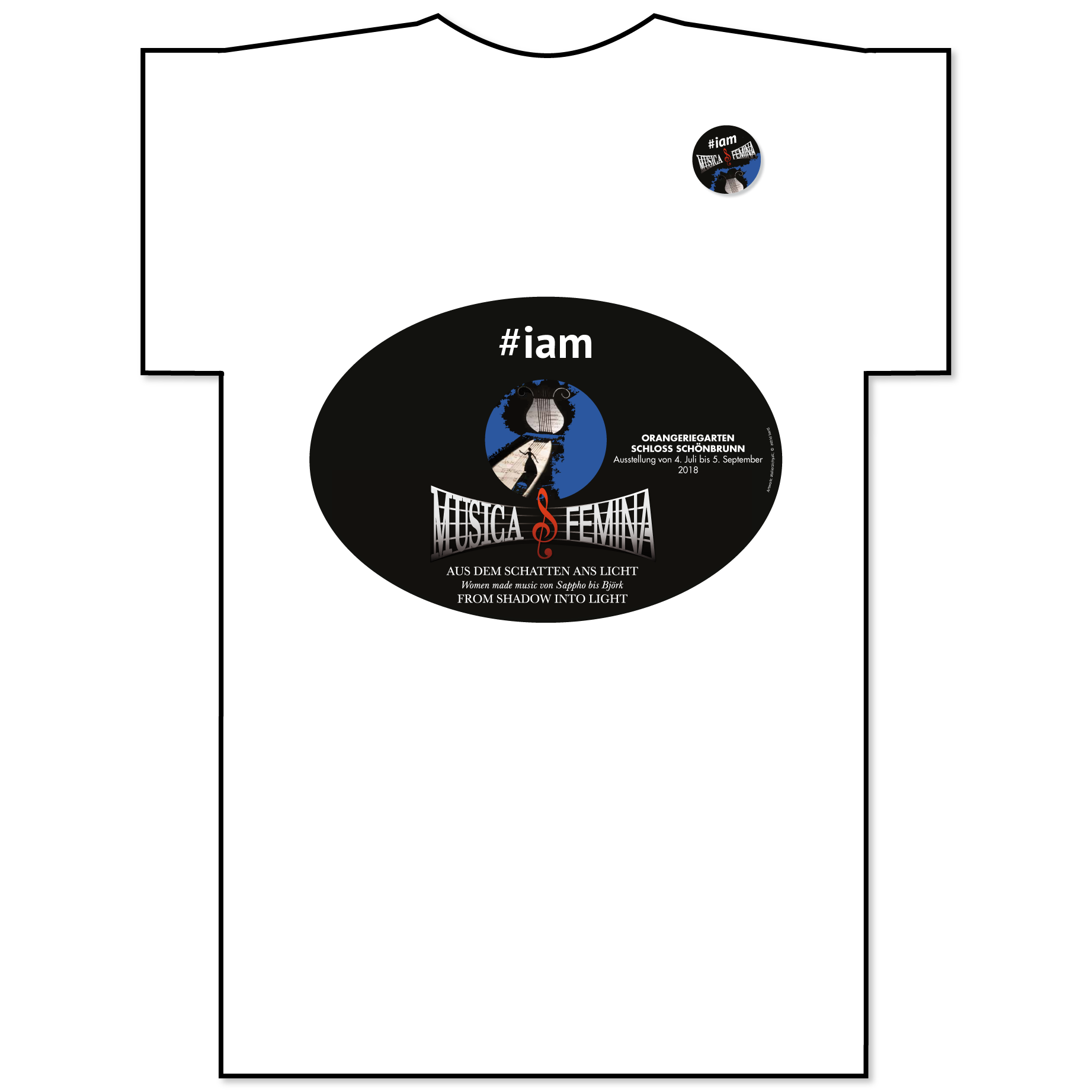 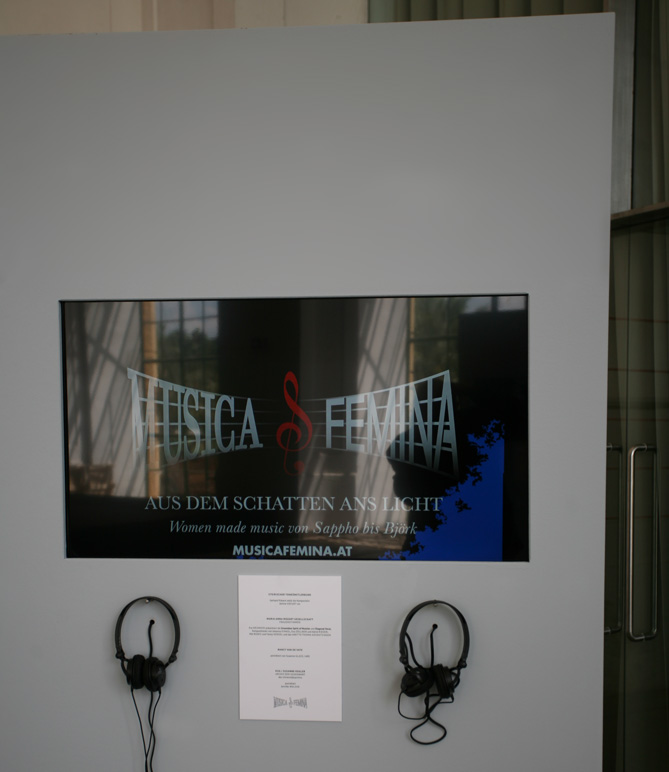 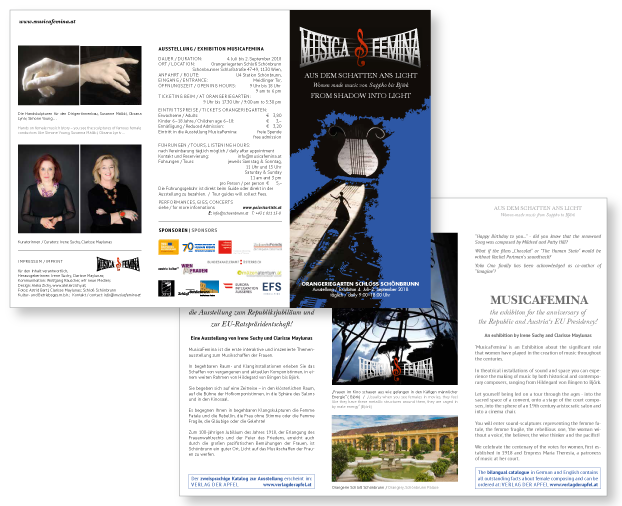 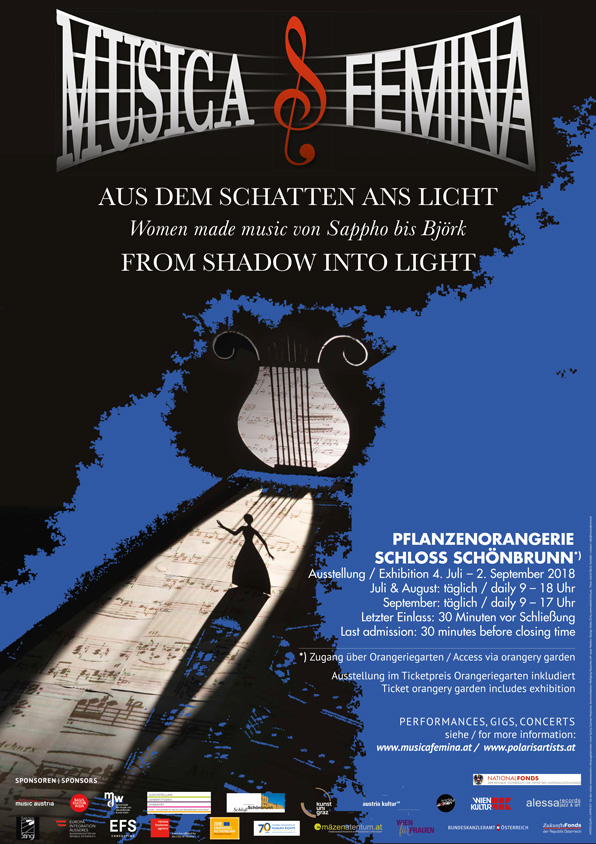 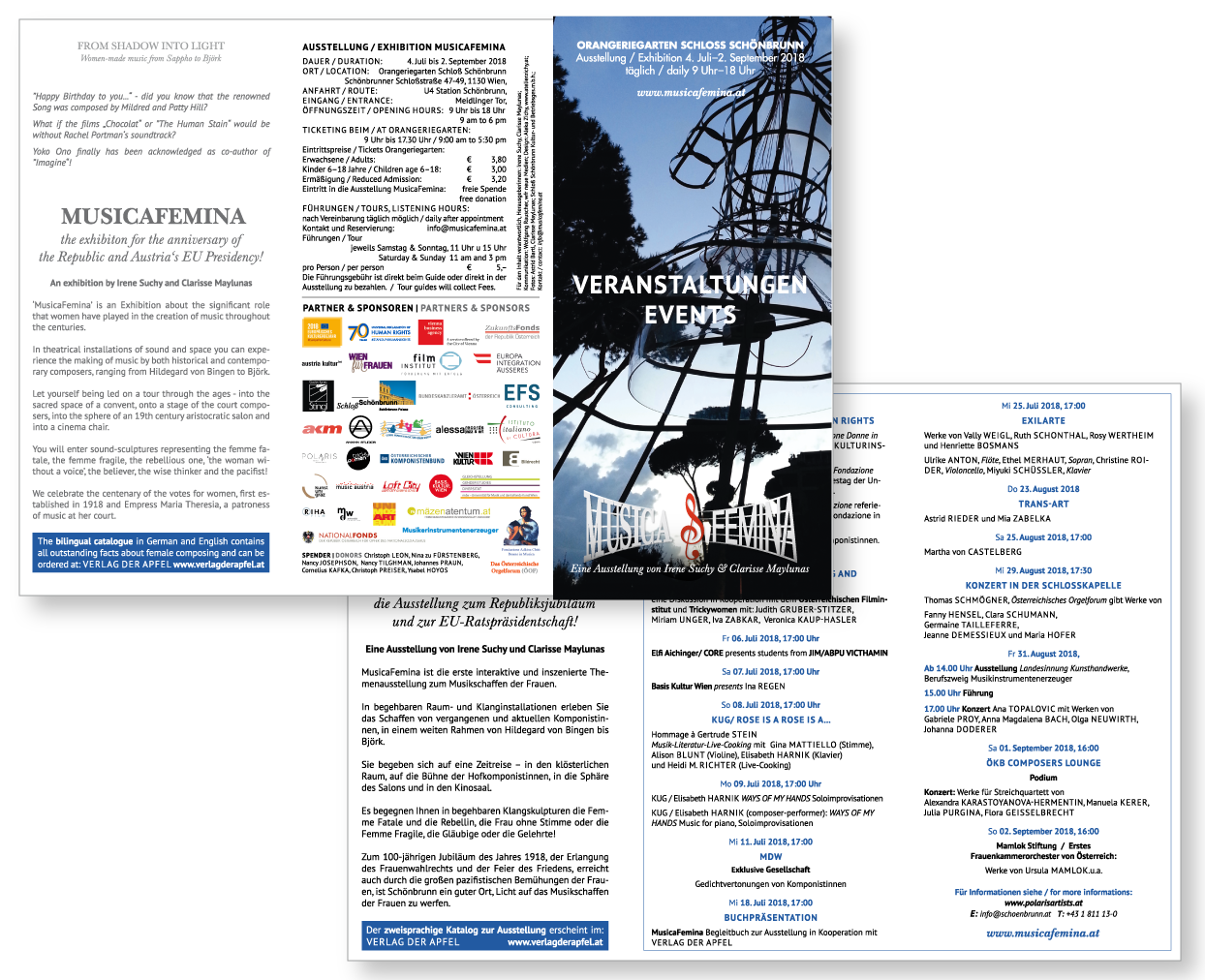 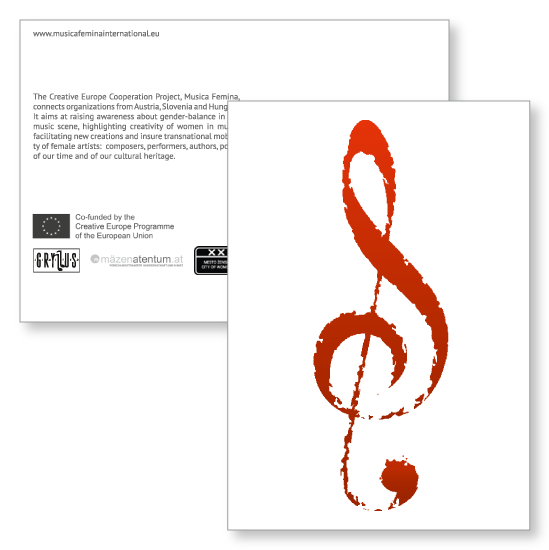 The catalogue was produced in very short time as a documentation of the exhibition on the grounds of Schönbrunn Palace in all its stages. The sketches of Clarisse Maylinas emphasize the process and the Illustration of the composers used on the big stave the history told by Irene Suchy. 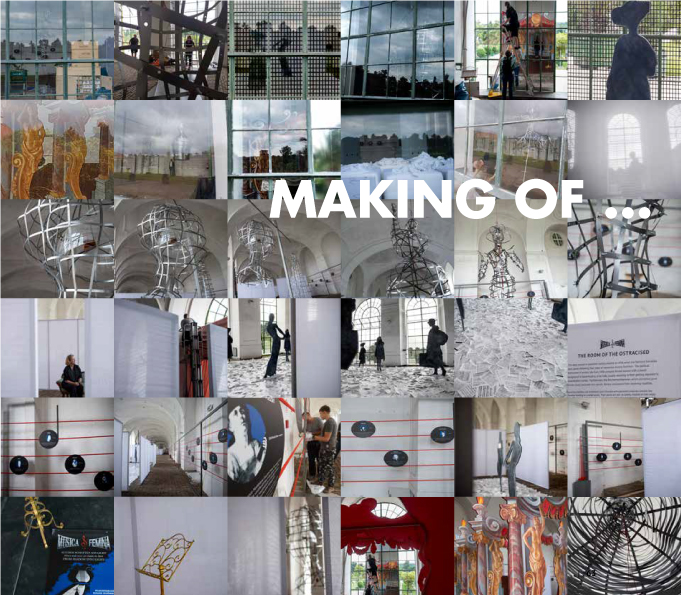 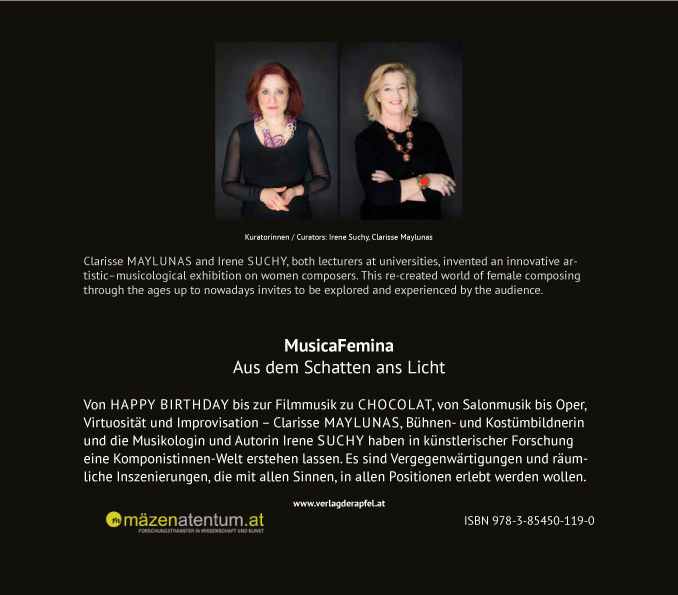 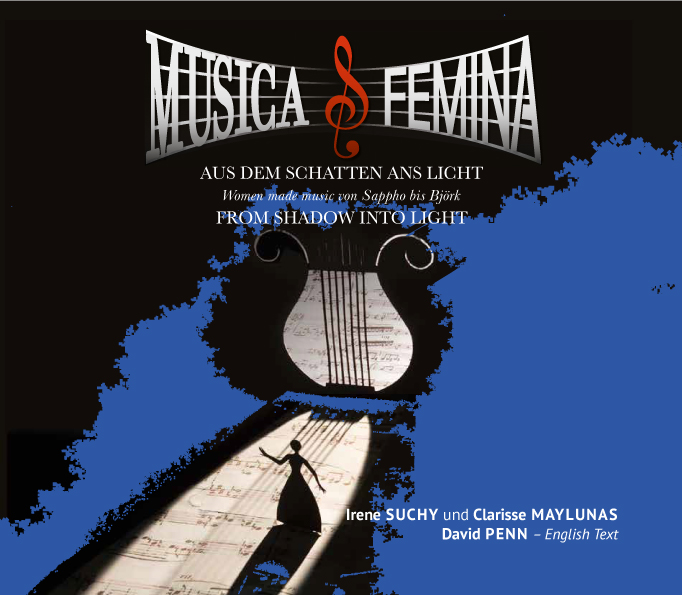